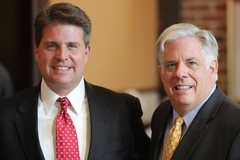 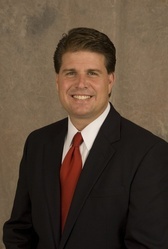 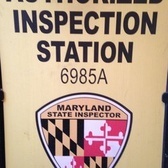 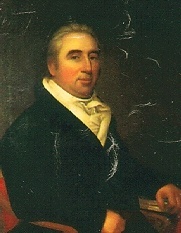 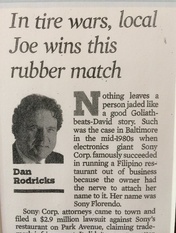 Joe Hooe earned a high school diploma from Andover High school, where he was recognized by the Anne Arundel County Council as the third place winner of the Maryland Skill Olympics. Joe then earned a Bachelor of Science Degree in Business and Management from the Johns Hopkins University in Baltimore. Joe worked at his father’s business from the age of ten and later joined the Goodyear Tire & Rubber Company. In 1996 Joe was recognized by Debra Walker, President of North American Tire, for achieving the largest profit improvement of any store in Goodyear¹s retail systems. After just five short years at Goodyear, Joe was appointed team leader of the Baltimore retail group by Louis Carricarte.

The President of The Tire Network

Joe Hooe founded The Tire Network  20 years ago. The Tire Network has become an integral part of the revitalized section of Federal Hill where it is located, providing residents with a local small business that they can be proud of.

A Past Volunteer Fireman

Not too many people can say that they have run into a building burning and lived to tell about it. Joe Hooe has served countless times when he was active with the Lansdowne Volunteer Fire Department because nothing is more important than the life of a human being. Even today, he remains eligible for re-activation. Joe Hooe fully supports the men and women of the fire service.

A Descendant of a Founding Family

Joe is a descendant of Rice Hooe, who arrived in Jamestown in 1618, during the crucial period between first settlement in 1607 and the creation of the first legislative assembly in the American colonies in 1619. Rice Hooe became a member of the Virginia House of Burgesses, which would much later become the first to send to Philadelphia a declaration of independence in May of 1776 that would soon be adopted by the entire Continental Congress (Peyton Randolph, the first president of the First Continental Congress, had been Speaker of the House of Burgesses). Joe is also a relative of Robert Townshend Hooe, a participant in the 1776 Annapolis Convention, the first mayor of Alexandria and a key player in the landmark Marbury v. Madison court case (pictured). Later, Bernard Hooe also served as mayor of Alexandria. Joe's mother, Ann Theresa O'Neill, is considered by the Roman Catholic Church to be Saint Elizabeth Ann Seton's Second Miracle. Ann was Cured of Acute Lymphatic Leukemia on Good Friday in 1952. The Hooe family has been active in Maryland and Virginia politics for almost 400 years and this has been Joe's motivation to continue the incredible legacy of the Hooe family by dedicating himself to creating a better life for his fellow citizens.

An Award Winner for Community Service

Joe Hooe was recognized as a "Knight in Shining Armor" by the University of Maryland Baltimore's Office of External Affairs in commemoration of Women's History Month. He has worked to create vocational programs for high school students and has been a long-time supporter of youth sports.

A Past Trustee for the Lansdowne Improvement Association

Joe Hooe served as a Trustee for the Lansdowne Improvement Association and was a member of the Elkridge Community Association, the Baltimore Highlands Square Club, Patmos Lodge 70 and Howard Lodge 101.

Joe Hooe worked hard to defeat the Maglev train proposal that would have torn apart neighborhoods in the train's path. As an activist with the CSX Abandoned Utility Pole Committee, Joe went to Capitol Hill to fight against tilted utility poles and sagging wires, scoring an impressive victory against CSX Transportation.

A Past Republican Nominee for the Maryland House of Delegates

In 2002, two-term Maryland House of Delegates incumbent Don Murphy (R-District 12A) was cut out of his own district after the 2000 census, along with hundreds of voters living in several Republican strongholds, a decision that was upheld by the Maryland courts. Murphy and other Republican leaders recruited Baltimore County resident Joe Hooe, the President of The Tire Network and a long-time political activist, to run for Murphy's seat in what was now an overwhelmingly Democratic district. Even though Joe lost that race, he had improbably finished within roughly 1,000 votes of winning the seat and later, in 2010, he finished within just a few hundred votes of winning the seat. After the 2010 census, District 12A was combined with District 12B into a new District 12 for the 2014 election by adding several heavily Democratic neighborhoods in Howard County. Perhaps even more improbably, Joe yet again finished only single percentage points from capturing the seat. a surprising demonstration of bipartisanship.

A Defender of Small Businesses

In 2012, Joe Hooe took on the Goodyear Corporation over their use of The Tire Network's name and phone number. The result: yet another improbable outcome in an inspiring case that was chronicled in the Baltimore Sun.

Experienced in the Principles of Diplomacy

Joe Hooe has been married for 28 years to Marianne Anneli Flinkman Hooe, a Finnish native and the mother of their two children, Mikael and Maria. Joe Hooe has served as a Political Liaison-Aid for the Finnish Foreign Affairs Committee, briefed college students at the Finnish Embassy in Washington, and represented the United States abroad as a private businessman for over two decades.